Welcome to the 33rd edition of the newsletter! I hope you had a great halloween - we sure did on Munchy! Let’s see what happened this month

- DragonsMaker has been promoted to Survival Senior Moderator!

- Aiadeva has been promoted to Survival Senior Moderator!

- EeveeNoises has been promoted to Wool Wars Senior Moderator!

- RossRao has been promoted to Survival Senior Moderator!

- AlluTheVallu has been promoted to Survival Junior Moderator!

- Xiistaf has been promoted to Survival Junior Moderator!

- CookieCrazyDawn has been promoted to Survival Helper!

- Alkemystix has been promoted to Survival Helper!

- Ayella has been promoted to Wool Wars Helper!

- lemonnn has been promoted to Survival Games Helper!

- G0LFA has joined the Event Team!

KitPvP saw the return of everyone’s favorite Halloween map made by @Hi_Im_Mikey, as well as the minor spooky update with ender chests spawning randomly around the map. While KitPvP has been quiet otherwise, we’re hoping the next few months bring some more substantiaal news.

Prison map 7 will be coming to an end shortly, so this month I asked all of the prison staff members some questions to reflect on the map!
Click on the questions to view their answers. 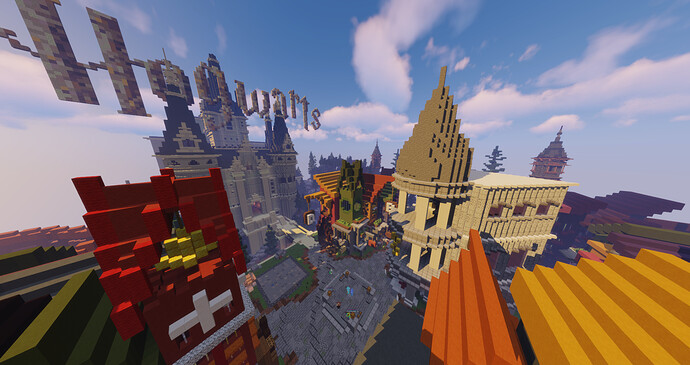 There’s not long left until reset! Keep an eye out on the forums for new information about map 8.

Survival currently has a very exciting

Spoopy Build Competition running for all you wonderful builders at the moment!

You can either enter as a duo or a solo builder, but there are rules that you will need to follow when submitting these in order to make sure you don’t get disqualified from entry. The competition will close on ** FRIDAY the 13th NOVEMBER** and the winners will be announced a few days later.

Prizes of ranks, crate keys and exclusive particles are up for grabs, so don’t hold back. Get your creative hats on and get building!

All rules and further information about the competition, including how to enter, judging criteria and where to post your finished builds can be found here

Its been a fairly quiet month on Survival but I’m very excited to announce that we released some incredibly epic Survival Fall Crates! 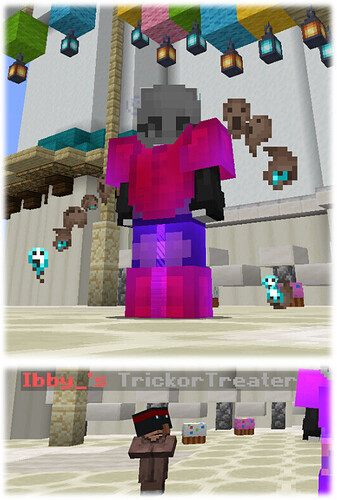 These contain a very exciting collection of BRAND NEW

and can be purchased from the MunchyMC Buycraft Store (store.munchymc.com) 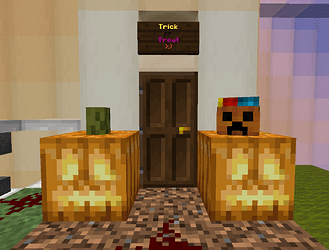 @RossRao and @oCrypt organised an epic Halloween themed Trick or Treat event at the Survival spawn, handing out goodies and some amusingly named ‘tricks’ to any player who attended!

I also just want to take the time to say a huge public thank you to the amazing Survival Smods who have been doing such an epic job of keeping the server pottering along happily over the past few weeks. You are all very much appreciated.

October has been a very exciting month for WoolWars!
We’ve had multiple lovely staff members joining the team, a few very exciting updates, some amazing new maps (built by our lovely community) added to the kit rotation, and even a WoolWars Clan Tournament!

This month, a very spooky update was introduced to WoolWars: The Halloween Update!
The Halloween Update introduced a new exciting Halloween Kit, as well as a fantastic new spooky lobby built by the amazing Hi_Im_Mikey, a total of seven new maps, and a highly request Glider kit buff, Poison potion nerf, and a Winstreaks feature!
You can read all about it here: (Watch out for jumpscares…)

[image] [title] Halloween Kit | Halloween Lobby | New Maps | Glider Kit Changes | Poison Changes | Win Streaks Hello Munchies! Happy Halloween! This year to celebrate we’ve got a HUGE content drop on its way this weekend! Lets see what’s coming… Halloween Kit This BRAND NEW kit will bring a whole new way to gain supernatural powers and exclusive effects such as invisibility, strength and resistance! But as the saying goes, you may not always get a treat… [bucket] [sweet] Simply use…

On the first of September, my friend Serioux and I had released the first official WoolWars Clan Tournament that lasted for over a month!
We’ve brought in only the best Clans from all around the MunchyMC Network to battle it out for the prize of 30 days of Legend, and 2x 30 days of Elite, and of course is known as the most amazing, powerful, and the absolute best WoolWars clan around!

We’d like to congratulate APPA for winning the first-ever WoolWars Clan Tournament!

I’d also like to end things off by thanking everyone who participated!
We were so pleased to have you all in our first attempt ever at an official WoolWars clan tournament, you all did an incredible job and are overall amazing.

Similar to the Survival Games discord server, we’ve decided to rebrand the WoolWars Clan Tournament discord server into the Official WoolWars Events Server!
This means that from now on, apart from event announcements on the forums, everything event-related will be handled in this discord server.
This discord server will serve as an easy way to connect between players and staff in the WoolWars community, talk about WoolWars related topics, announcing new events, advertise your own non-Munchy official events, and to find quick support regarding WoolWars events. 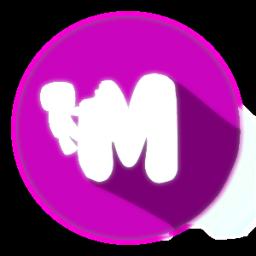 Check out the MunchyMC Wool Wars Events community on Discord - hang out with 136 other members and enjoy free voice and text chat.

SG has some major updates in the works right now, and we hope to begin a fresh season as well as a major update release before the conclusion of 2020.

This month, the Build Team had the opportunity to host a Build competition for KitPvP! With amazing results and many talented people. We will also talk about the new maps and our newest Trial, so take a look at the October’s BuildTeam newsletter and don’t miss any future events!

The KitPvP Event Maps - Build competition has ended with beautiful builds and incredible ideas & design, however, we need to thank all the players who submitted a map. But mostly, special thanks to the winners: @DaanB (Top 1), @AloneTM (Top 2) and @Redccat (Top 3). Check out their amazing builds clicking the ‘‘Click to view their build’’ buttom from below.

The Build Team has been working on brand new maps wich, sadly, we can’t show them yet. However, we’ve got a new Trial Builder! @DaanB will be working on his trial project and we really expect a lot from him. We will show new Sneak Peeks in the next Newsletter, so make sure to check it out in the next month!

Beautiful news letter!! I love hearing all the updates and this was very well written! Congrats to all those who got promoted!!

WOW. Appreciate it!!! Congrats to everyone that got promoted

Amazing month if i do say so myself

Congrats to those who got promoted!

I love reading the newsletters. Looks like some exciting things are coming :D!!!