Welcome back to another monthly edition of the MunchyMC newsletter! We have a lot of announcements and fun things to talk about today, so make sure to stay tuned in for the whole thing! Without further ado, let’s jump right in!

- leCyber has become a Admin!

- Nikolas has become a Admin!

- Examiner has become a Senior Moderator!

- oBears has become a Senior Moderator!

- TheRedVelvetCake has become a Senior Moderator!

- EsioTrot has become a Senior Moderator!

- NuggetNed has become a Moderator!

- TeaLeafy has become a Moderator!

- Squishify has become a Helper!

- Errxr has become a Helper!

- TheRedVelvetCake has become a Warden!

- EsioTrot has become a Sheriff!

- Nikolas has become the Admin in Charge!

- Squishify has become an Event Member!

- RedBloomingRose has become an Event Member!

- Joshios has joined the Idea Panel!

- xLuuk_ has joined the Idea Panel!

Introducing Fabled rares!
The richest prisoners have discovered a way to craft rares with exciting new abilities…
By putting five of the same Legendaries together in a crafting bench, players can now create a Fabled rare, which has an upgraded version of the Legendary’s ability! There are currently ten Fabled rares, with more to be added in the future. 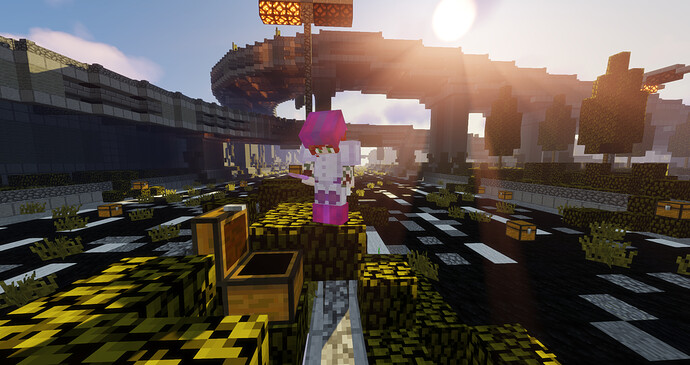 Looting outside is now more rewarding, as the Easter special rares can finally be found in chests! Legendary and Mythicals also have some cool sound effects when found outside.

You can view the full list of updates in the changelog here. 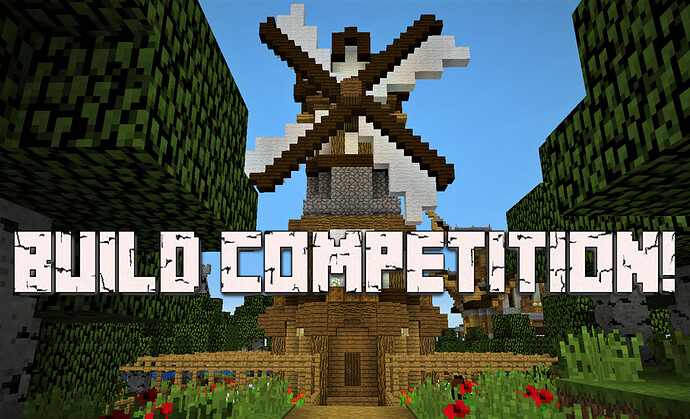 It is with great excitement that we announce a build/base competition that will be running on survival for the next two weeks!
As we near the end of this map we thought what better way to celebrate the hours of work and infinite creativity that people have put into it by having an epic build competition.

Judged by the awesomely fabulous iGotchu (our very own Build Team Manager and Admin), we’re going to be handing out some huge prizes including a lifetime Munchy rank and an exclusive tag!
All three of our winners will also have a warp set at their builds in the archived map so everyone can appreciate them. Woop!

How to enter and the rules can be found here
The competition closes on the 14th of September, so make sure to submit your epic builds by then! 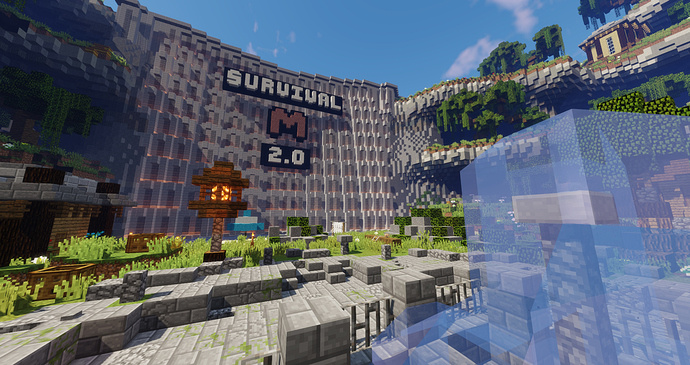 It’s official, the much anticipated MunchyMC Survival 2.0 reset will be happening before the end of the month!

We’re not quite able to release a set date, but we will be very soon so keep your eyes peeled on the forums and in the discord.

Developers and staff have been very busy behind the scenes making this all happen and we’re all ridiculously excited about it. There is so much amazing stuff in the works (though most of it is still secret, shhh). It’s gonna be epic

Looks like it’s that time of the month to share some spotlight on the Media throughout this community this month!

It’s been quite some time since Woolwars was given some type of recognition, thanks to NuggetNed he was able to grab some of the best moments from his stream!

Finally, let’s not forget about salem12005 amazing smash bro renders! Here are some previews of some of his work! Wanna try to get one of these amazing renders? Click the forums link and request! 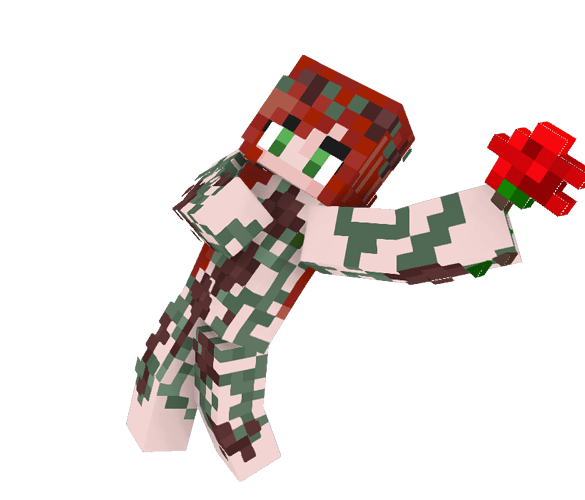 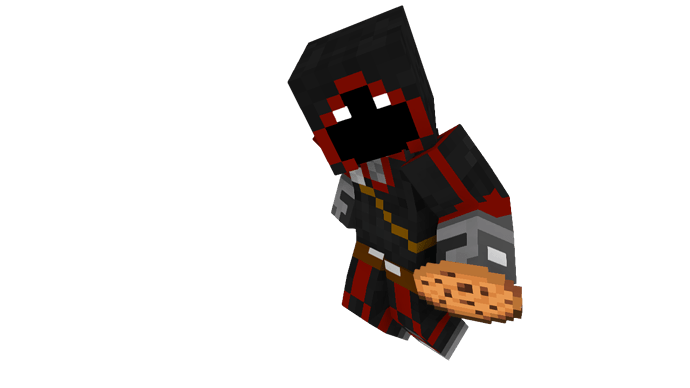 This season, we’ve made many minor tweaks while we wait for the next season to make any major changes. Clans have reacted positively to this new competition being added, and we’ve have a multitude of battles since the season begun. If you’d like more information on clans, please reference this post.

We also had one disqualification, with FatL being removed August 18th, 2019 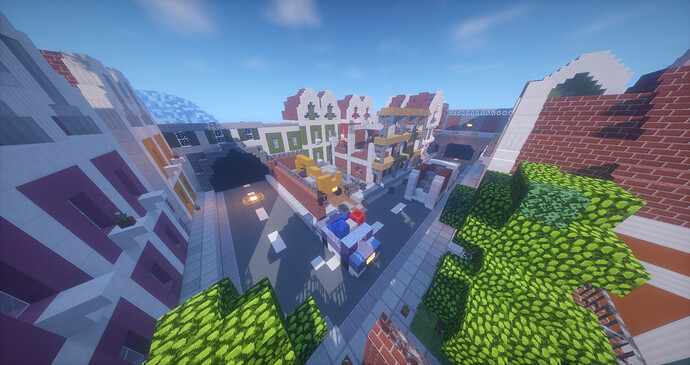 newsletter1.jpg1920×1017 722 KB
A new event? Can it be? Yes! Thanks to GeorgeeeHD, who has coded a new event called “Find the Button!” Essentially you have around 5 minutes to find the most amount of buttons! The max amount if 50 buttons are on the map. Will you be the first to find all 50 buttons? 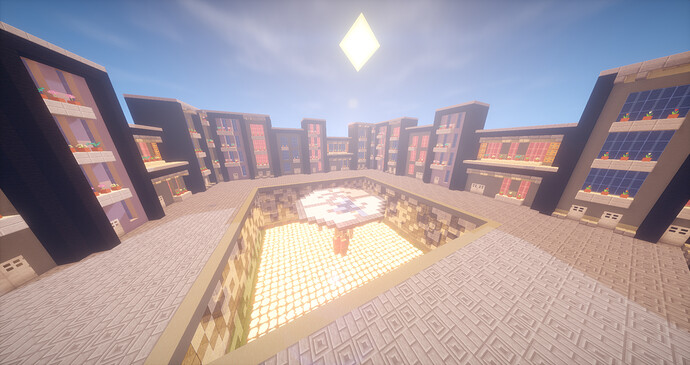 This is one of the few old sumo maps revamped and brought back for the current members of the community to enjoy and play on! Thanks to sadneo, xShrek, and igotchu for making this possible and touching the maps up! Good luck with trying not to get knocked off. 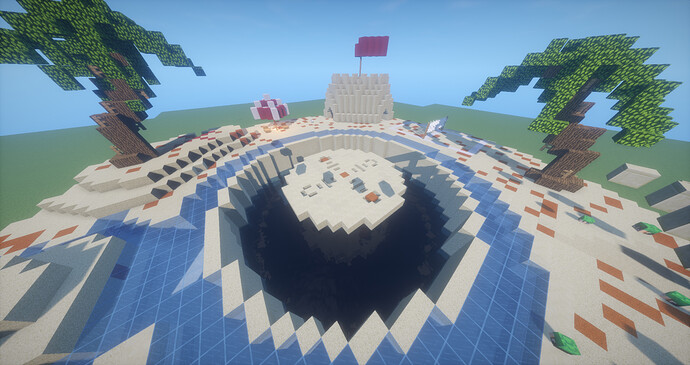 Ever wanted to have a nice day at the beach while hitting friends off a platform? Well, now you can with this amazing beach themed sumo map! With thanks to finessedkid, he’s made this sumo map for the community to enjoy. Once again, good luck trying to not get knocked off so easily! 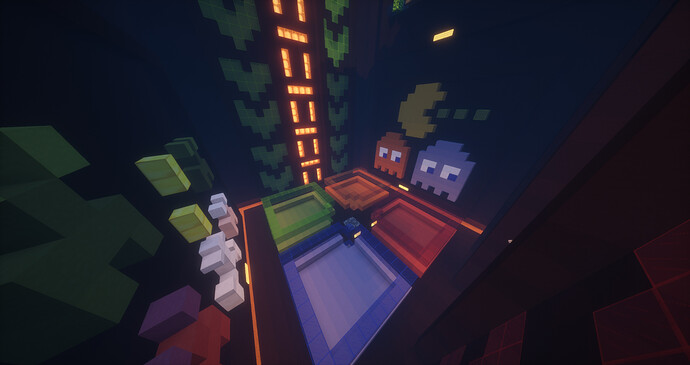 BLOKBASHER has been spending his time away in the Event world recreating some of your favorite events to play! He’s made some new maps for events such as Waterdrop, Lucky Corners, and Parkour Run! This is just a sneak peek of what you can expect from accepting that TP in chat!

Antfrost is considered by many among the staff team as the backbone of Munchy. Without Ant, the staff team would be significantly less coordinated, and the servers would run in chaos. As the Head-Admin of Munchy, with more responsibilities than almost everyone else on the server, Ant still makes a point of having great communication with the community and spends much of his free time working on maintaining the server. This month we were able to interview him about his work on Munchy! Click on each question to view his answer.

This month I was able to reach out to a few members from the community and ask them some questions about their experience on Munchy, and I have compiled all of their responses! Click on the questions to view their answers.

Another end to a productive month! We have a lot of new things coming in the next month or so, so stay tuned for next month's newsletter, and get hyped for Survival 2.0! We hope you had an amazing August and continue to have an amazing coming month of September. Have a great day, everyone!

Woo! Another great newsletter! Good job everyone except

Congrats to everyone who got promoted! nice newsletter as usual

Thanks for the newsletter!

Do you have a favorite former staff member?

I also used to play prison quite a bit with my boys Ponk and Kyzzr.

Congratulations to everyone on their promotions, all very well deserved!

I’ve been waiting on this for MONTHS now and it’s finally nearly ready! Hope to see you all there

Thank you Newsletter Team for another amazing newsletter!!

So many amazing things happened this month (including my promotion)!

So hyped for the survival competition! Looking forward to seeing some amazing build from everyone!
May the best builder win!!

Yo gawky you forgetting someone?

I literally said it on the discord lol

If /marry was added to kitpvp and prison, who would you marry?

Nah I don’t think I am

Anyways another great newsletter, so glad to be apart of this great team and provide stuff like this!

Oh mah god @TheRedVelvetCake got warden… more tears to my eyes (i love you i have socks on shh).

And oh my god this newsletter be looking cute as a cute puppy sheeesshh. Good Job to everyone who were the ones who made this.

i love you i have socks on

I was about to say… but you saved your self