I’m here to announce an exciting new Survival build competition! The theme this time round is…

This is pretty flexible, so feel free to build anything from your favourite films, new and old! Hogwarts Castle, Shrek’s Swamp, a giant Darth Vader? The possibilities are endless, so have fun with it!

(Do take note, TV shows are NOT movies, so make sure your build is inspired by a film!)

The maximum team size for the build will be 3 players, and there will be no build size limit, so build to your heart’s content

Judging this epic competition will be the majestic @Alkemystix

The competition will close on Friday the 27th of May, at 11PM GMT, and winners will be announced shortly after!

Both solo and team builds are allowed, but teams cannot exceed 3 members!

There will be no size limit for the competition, so feel free to go as big (or as small) as you like!

Inappropriate or offensive builds are not allowed!

Builds made prior to this post are not allowed!

Usage of Schematica/Litematica will be allowed, but take note:

Attempting to pass off the builds of others as your own work will result in immediate disqualification, with no chances to resubmit!

Please submit your competition entries as a reply to this post, using this format:

What movie your build is from:

You may include up to three (3) screenshots of your build in your reply!

Once you have submitted, judges will be visiting your build and assessing it on the following areas:

Best of luck to everyone participating! Have fun and I can’t wait to see what everyone comes up with!

wooo good luck to anyone participatingggg
i wonder if i’ll recognize any movies, though

Wooo this is gonna be awesome

AAAH, I suck at building if I’m completely honest D:
I’ll try my best though!

Looking forward to all the builds!

CANT WAIT TO SEE ALL THE AMAZING BUILDS
a

gl to everyone participating

Woah this is actually interesting, gl everyone!

Good luck to everyone who is participating! :)

Excited to see what people come up with, good luck to everyone participating!

sounds like fun, maybe meme will participate… probably not tho xD (I’m bad at building…)

}Infested Highway{
Name of Movie:
This small scale build is inspired by the movie ‘The Tomarrow War’ that stars one of my favorite actors, Chriss Pratt.

Number of builders:
Was only built by me in my spare time, I went a little small on this competition because I don’t have all that much time this month to make anything big.

Note 1:the heads and banners in the 360 render are cleared and turned into pumpkins for some reason, idk why :/

Note 2: the last picture is the Whitespike alien reference for the small organics.
note 3: this scene I made here is completely made up and not shown in the movie, but I used a lot of debris details to make it look like it could be
(plz don’t steal anything in this) 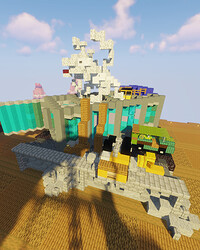 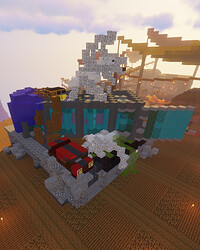 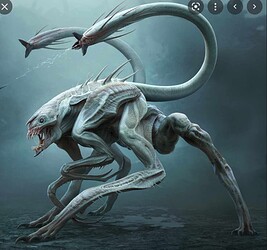 such a great movie, well done

fyi you might need to add the format kami posted above to make it easier for the judges :)

i did, thats what the three small paragraphs are, the name the name of the movie , how many people made it and coords