Hey there folks! Welcome to the 51st rendition of the MunchyMC Newsletter! We hope everyone had a good April, and a good Easter (if you celebrate!). Let’s hop right into all the exciting things that happened this month!

- Aiadeva has been promoted to Survival Moderator!

- saladbutter has been promoted to Prison Moderator!

- Pleppie has been promoted to Prison Junior Moderator!

- Joedaboss has been promoted to Prison Junior Moderator!

- liambgames has been promoted to Prison Helper!

- SadGh0sst has been promoted to Prison Helper!

- PrisonRecruit has been promoted to Prison Helper!

- SierAlex has joined the Event Team!

With map 9 soon to be released, now is the time to grind to the top of the 8R leaderboards.

Below is how the current Map 8R leaderboard stands:

Hey folks!!! Welcome to this month’s Survival section of the Newsletter! This month introduces the new Mapart Hall of Fame which I am personally very excited for, lets hop right in!

This month the amazing @Alkemystix hosted three eggstra eggcelent Easter Events! Alke has worked so amazingly hard on all these events and, if you ever see him in game make sure to /hug him!! (Trust me he loves hugs : D)

I. The Easter Skin Competition!

This event was held on the Friday of the Easter event weekend, and people truly turned up ready for this event! But alas, there can only be one winner… (or two) (if they were in a duo.)

Let’s check out our winners!

Congratulations to the winners, and thank you to everyone who showed up to the event! All of your skins were eggcelent!

This event was a huge success! The players enjoyed it and the mods loved watching the players struggle to find the eggs. Half joke. I enjoyed it. Anywhosies, lets go ahead and see our winners!

Once again, congratulations to all the winners and to everyone who showed up! One question to those who would answer, would you like to see an event similar to this in the future? Let me know either in the comments here or on Discord @ fae#4984!

This is now known as the-event-that-shall-not-be-named. Just joking. Unless…? This event was a really creative, well built and just overall an amazing idea. However, by the third round the event was changed to Lucky Cheese. We don’t question how it came to this.

On to the winners! (Each winner got the same prize!)

There was such a big turn out to this event, thank you to everyone who showed up & congratulations to the winners!

At the end of this I just wanna say a huge thank you to the amazing @Alkemystix for all the events he has built and hosted on Survival, there literally probably wouldn’t be half as many events without him so WOOOOOOOOOO THANK YOU ALKE ILY! (And everyone else, I said this before but I shall say it again, if you see him in game /hug him!!!)

The lovely @kamidrgn has announced the new Movie Build Competition! This event started on the 26th of April, and will end on Friday the 27th of May @ 11pm GMT. The winners will be announced shortly after the competition ends!

"This is pretty flexible, so feel free to build anything from your favourite films, new and old! Hogwarts Castle, Shrek’s Swamp, a giant Darth Vader? The possibilities are endless, so have fun with it!

(Do take note, TV shows are NOT movies, so make sure your build is inspired by a film!)"
(The above is an excerpt from the original post! The link can be found below)

This event will be judged by the amazing @kamidrgn, the wonderful @Alkemystix and the showstopping @Aiadeva!

If you want to learn more about this event click this!

For now though, lets get into the prizes!

What fantastic prizes! Looking forward to seeing everyones builds, and good luck to all participating! Make sure to check out the original post by @makidrgn for further rules, and requirements!

The amazing @Aiadeva has announced the events for the One Year Anniversary of Season 3 of Survival! These events will take place over the 14th of May, and the Kiwi Queen themselves has decided to keep the events secret. Smh.

Just like the serie, none of the participants will know about the games until they happen, but the more players we have the bigger the price will be! Everyone is welcome, other gamemodes mains or staff members but be prepared… You might not came out alive. Only the most desperate players with the strongest will will come out on top!
(The above is an except from the original post! Link can be found below)

Not a lot is yet known about these events, so we eagerly look forward to find out!

Welcome to the part of the Newsletter I have been waiting all month to write! This section is for all the amazing mapart makers of Survival to show off what they have made each month!

If you wish to have your mapart featured in the Newsletter, send me a screenshot of the mapart on Discord @ fae#4984 !

Without further ado, lets see the wonderful creations made this month!

The maparts are truly stunning right? I have such huge respect for every mapart maker, y’all are amazing!! Thank you to those who sent in maparts for this month! I’m very excited to see next months round of maparts too!

V. Out Of Context Survival Quote!

Haha. Ha. My second favourite part of the Newsletter. This quote comes from the newly returned MunchyMC Moderator, the Kiwi themselves, @Aiadeva!

Aia discusses her plans of cannibalism…? in this quote. We are terrified of the Kiwi Queen and their reign of terror. What else do they have up their sleeve? Will we ever know?

If you see any funny, or out of context quote in the Survival chat in the next month, please take a screenshot and dm them to me on Discord @ fae#4984!

This month marked the return of the wonderful Kiwi Queen themselves to the Survival Staff Team, @Aiadeva! We can all say everyone was no less than devastated when she resigned, and having them back is wonderful!

Let’s be honest, we’ve all missed seeing their purple name in chat. ++ Aia was cool, but purple Aia is cooler.

Let’s end this v small section with an amazing candid shot of the lovely Aiadeva: 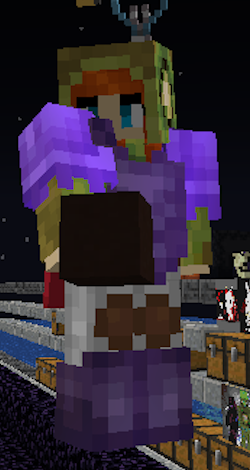 In all serious, welcome back Aia! We love you!! <3

And now, we regretfully come to the end of the Survival Section of the April 2022 Newsletter. Thank you all for reading, and I look forward to seeing you all in the Newsletter! Have a great day folks <3

Over the past month there has been no shortage of lovely art pieces presented by members of our community discord server, let’s take a look:

Thank you all for reading the 51st edition of the Newsletter! We hope everyone has a good day, and an even more amazing May! Summer is coming!

no one was no less than devastated

this is my favourite line well done fae

Good thing nothing happened on WoolWars 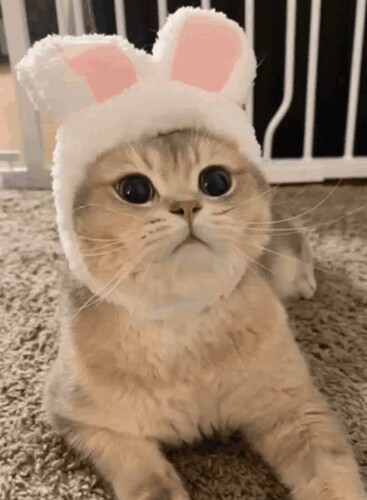 Wait I’m in this newsletter am I famous yet