Hello my fellow munch lovers. Welcome back to the 52nd edition of the MUNCHYMC®™ official newsletter! I’ll bet you want to read it. I sure would want to read it if I were you. Hey, you’re even reading right it now! Look at you go! Now go read the rest :)

- RossRao has been promoted to Developer!

- _Zorincian has joined the Build Team!

- Aiadeva has been promoted to Event Moderator!

- Alkemystix has been promoted to Event Moderator!

- ZombieBot1 has been promoted to Event Moderator!

- thecolorblurple has joined the Co-Host Team!

- theskopieyouhate has joined the Co-Host Team!

- Oracol has joined the Co-Host Team!

- Repuffin has joined the Co-Host Team!

- Parasitz has joined the Co-Host Team!

This month the Event server managers opened the first ever Co-Host team applications! The season lasted a grand total of 5 days, and it ended with 5 new Co-Hosts being recruited.

cheater_ was bribed with diamonds to add these tags.

That’s right Kings & Queens & Everything in between!
We have something exciting that we have been working on lately together with BadBoyHalo that will find it’s way to KitPvP soon!

Say hello to The Crown Event!

The Crown Event is a 30 day long juggernaut type event with over $800+ in prizes!
The players with the most points at the end of the month will win the event!

More info about the event can be found HERE!

We’d like to remind all of you that the players on top of the following leaderboards by the end of the map will have a powerful item named after them in map 9. So you better start grinding to catch up or to defend your spot!

We have acknowledged that some of you are dying to learn more about the behind-the-scenes development process of Map 9. In order to shine some light on this, we have asked our lovely prison lead developer @Varmetek all your questions about what he has been up to:

Hiii folks! Welcome to May’s Survival section of the Newsletter! Some exciting events happened this month, including the 1 Year anniversary of Season 3! Let’s jump right into it! 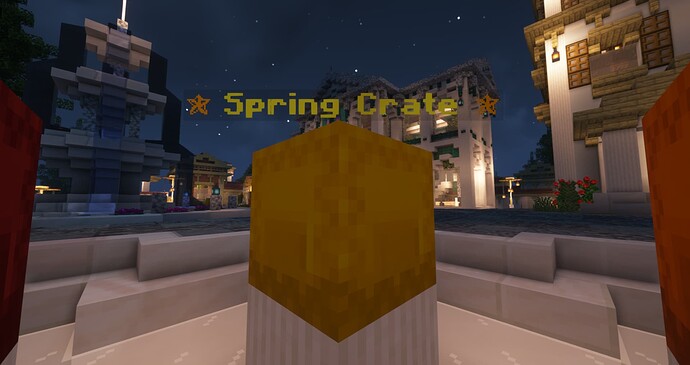 This month introduced the amazing new Spring Crates! The items within these crates are just amazing, thank you to the wonderful dev(s) who worked on them!

You can find more info on these items here!

You can find the link to buy these keys here! 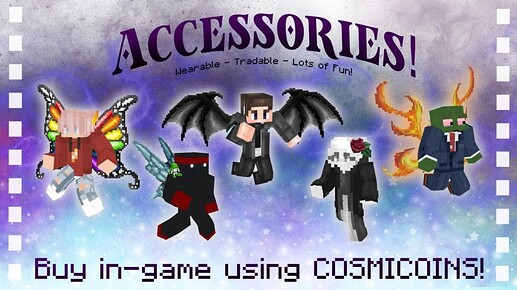 The new amazing accessories have landed in Survival! These amazing models were all made by the outstanding @DragonsMaker, so amazing thanks to him! They’re absolutely stunning. 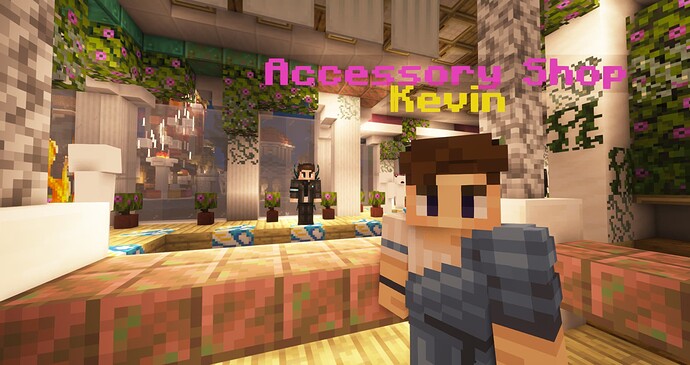 This May the 14th marked the one year anniversary of season three of Survival! Now that’s a hecking long long time, thank you all, players and staff members for such an amazing year! Lets hope for many more!

Congrats to all the amazing winners to this event, and congrats to Survival for 1 Year of Season Three!

This month, the all new Pride Month Skin Comp was announced! This event celebrates those who are LGBT+ within our community, while allowing people to show off their amazing colours!

This event will be hosted on the 18th of June @ 7pm BST, so make sure to be there in your most prideful skins!

The skin competition will be judged by the amazing @DutchMTC, the outstanding @Aiadeva, the wonderful @LunaInSpace and the mediocre @infernalfae!

Lets check out the prizes, shall we?

For more information on this event, please check out this link!

The Movie Build Competition came to a close this month! Lets check out the winners and their prizes!

Congratulations to all the winners, and a massive thank you to everyone who participated! All your builds were amazing <3

VI. I need your help!

Hey guys! I’m trying to decide the theme for a newww mapart comp! Please vote on the link below for your favourite theme, and it will help immensely in my decision going forward, ily surv!

Hi folks! We are once again planning to host a Map Art competition! However, we would like your opinion on what the theme should be! If there’s a theme you’d like to suggest that isn’t on the poll, leave a comment below <3 poll Thank you all for the feedback!

And that’s it folks! Thank you all for reading this months Survival section of the Newsletter! Once again, happy anniversary for one entire year of Survival S3! It feels like only yesterday we were allowed to destroy S2 spawn, and then were promptly kicked out of the server for the reset

Here’s to many more years of Survival!

Hello everyone. It’s time. Time for what? Time for you to get a new wAtch HAHAHAHUSHSHDASDHASFHSIDHFISDH

That’s what we call a ‘warm-up joke’ here in Newsletter Editor Land (also known as Cheater’s basement). Now that I have all of your full attention, let’s get into this months edition

Yeah so anyway that was Woolwars this month hope you enjoyed

We have yet again had dozens of stunning works of art shared with us by some very talented people over at our discord server this month:

Woah. You did it. You read the whole thing. Isn’t that cool? I am so proud of you. You deserve a reward! I’ll tell you what. If you’ve read this far, dm me (Zombie#4847) a picture of a pineapple and I’ll give you a nice treat :)

Have a great summer!

WOOLWARS SECTION STILL ON TOP (although its all a 10/10)

two newsletter’s in a row that im in B)

How bout that newsletter

Can’t wait for the next years of survival and the up coming events :D Happy June and pride month everyone

I was included in this newsletter 3 times by bribing infernalfae

So happy that Munchy is being transparent about Map 9, and I enjoyed reading the interview.

haha its me again

LOL you had 1 job

That was an awesome newsletter!
Enjoyed reading into it :)

First time being on a newsletter

We have acknowledged that some of you are dying to learn more about the behind-the-scenes development process of Map 9. In order to shine some light on this, we have asked our lovely prison lead developer @Varmetek all your questions about what he has been up to:

very promising to see from munchy. hope this continues.
great newsletter, keep it up