Hello Munchies and welcome to the 49th edition of our monthly newsletter. We’ve had some interesting updates and events this month, hope you all enjoy!

- Twinkiewinkie has been promoted to KitPvP and Survival Games Senior Moderator!

- Twinkiewinkie has been promoted to Survival Moderator!

- EvillRat has been promoted to Survival Moderator!

- AlluTheVallu has been promoted to Survival Moderator!

- kaittt has been promoted to Survival Moderator!

- LunaInSpace has been promoted to Survival Junior Moderator!

- ZeePog has been promoted to Survival Junior Moderator!

The event server’s museum update is live! Players can now warp to the Museum world, where many memorable MunchyMC exclusive builds will be showcased such as old lobbies and Prison maps. Take a look at this post for more information, hope you all enjoy!

A group of players, builders, and staff members came together earlier this month to remake our Event server’s Winter spawn into this beautiful Valentine’s Day themed map!

Our first staff application season of the year has continued throughout February, as of March 1st they are now closed and the application review phase has begun. We have received a lot of applications this season, thank you all for showing interest in helping out our server and best of luck to the applicants! We look forward to seeing the new faces joining our staff team.

This month we saw the return of the limited time Valentines Day tags in the store. Last year’s Colored Heart, Lovestruck, and Cutie tags have appeared again this year with the brand new BeMine, Kiss, and Cupid tags created by pillowplow, smeru, and infernalfae!

Along with that, we’ve started to retire some old and unpopular tags on the store. These tags will no longer be available to purchase but those who owned them already will always be able to use them in-game.

On Sunday the 27th of February the first ever MunchyMC Championship event was hosted on KitPvP and WoolWars! Players competed in a series of 8 events to earn rank prizes as well as the exclusive

tag for the 1st place winner. Here are the results:

Congratulations to the winners!

Welcome back to the KitPvP section of this month’s newsletter!
There’s not a ton of news unfortunately but we did get some new event maps! 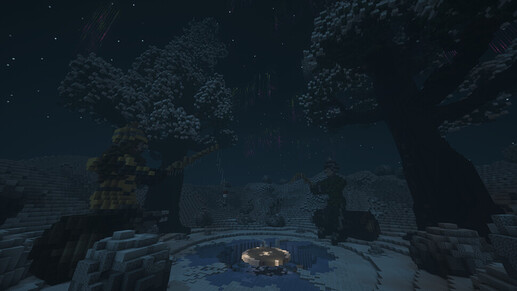 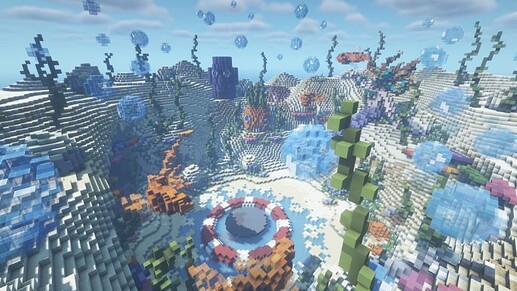 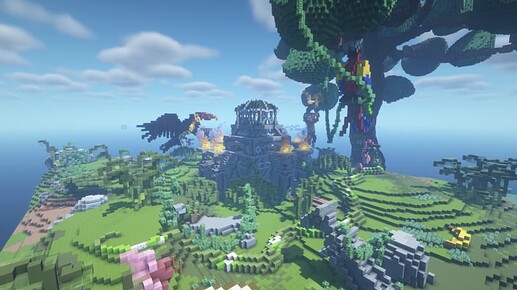 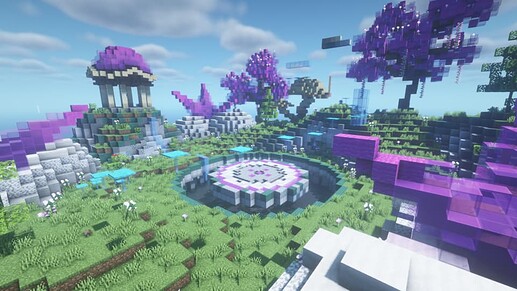 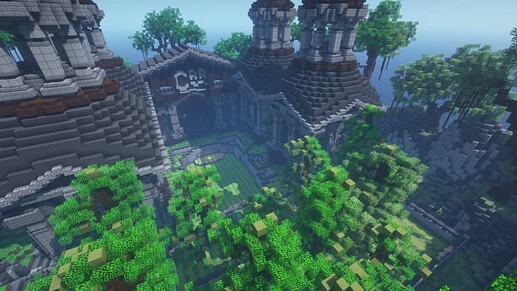 Heya folks! Welcome to Surv’s section in the Feb 2022 newsletter :p Notttt much happened this month but let’s get started nonetheless, shall we?

This month, our wonderful @Alkemystix hosted three wonderfully built (and hosted!) events based on the day of looooove!

The first event hosted was that of the Love Tunnel Boat Racing, let’s see our winners!

And last, but certainly not least, third event hosted was the Valentine’s Day Themed Build Battle! Once more, lets get into our winners!

Well that was a very short update on Survival news. Oops. Next month we’ll (fingers crossed) have more news to show you. However, before I leave you with the wonderful Out of Context Surv Quote, I must say that next month we will be welcoming some bebe staff members, welcome everyone in advance, and CONGRATS!

Now, without further adieu, the Out Of Context Survival Quote this month from the one and only @ZeePog:

What is the context? We will never know.
(Please send any and all survival out of context moments to me on discord @ fae#4984 for a chance of them being featured in the Newsletter!)

Thank you all so much for reading this month, come back next month for more!

A lot has happened in woolwars this month! Well, three things mainly. Let’s talk about them

Hello again, Munchies! Today I bring you another compilation of some of the beautiful art pieces that have been presented by players in our community discord server over the past month. Let’s take a look:

Thank you all for reading this month’s newsletter, see you next time!

My name was mentioned here quite a lot

thx for the cameo

This newsletter has been an especially good one.
The reason I say this is because of the community art highlights, instead of just results from an art competition. I feel like many share my opinion when I say that artists are an incredibly talented and under-appreciated group of kind hearted friendly people, and I’d like to see more of these art highlights to showcase how amazing these people are. (Might’ve been the first time I’ve seen this but it’s really cool)

Besides that the newsletter was fairly standard in terms of comparison to the other ones, nothing too special.

However, this brings me to my point: I challenge the munchymc newsletter to make creative, groundbreaking reflections for each newsletter. Make this monthly event special, rather than just a commitment you have that you do last minute. (Not saying you do, just what it looks like) Maybe get the bug and idea team thinking, just blow everyone’s minds with something.

Please note: this is not meant to be hurtful criticism. This is me taking something and going: “Now make it better.” I am in no way attempting to be disrespectful, just voicing my opinion.

Now that I’ve gotten that out of the way, I want to laugh at “SombieBot1”’s humour

Can I please work for Badboyhalo

Are you kidding me

Hey they seemed to leave out the prison highlights, heres that section of the newsletter:

I definitely think you said this

I did type in the reply and then sent it, that is correct

However, this brings me to my point: I challenge the munchymc newsletter to make creative, groundbreaking reflections for each newsletter. Make this monthly event special, rather than just a commitment you have that you do last minute. (Not saying you do, just what it looks like) Maybe get the bug and idea team thinking, just blow everyone’s minds with something.

It’s interesting for you to bring that up, because it’s something I’ve been pondering recently as well. I think it might be helpful for me to share my experience as an editor.

When I write the newsletter, I use a style that reflects the gamemode I’m writing for. Woolwars is a chaotic, funny place, and so I try to mirror that environment when I compose the newsletter. From the kiss cam, to the emojis(

), to the running joke of changing my name a tiny bit each edition, I try to capture the spirit of woolwars with my writing. I can’t speak for the other editors, but I do see similar attempts in the rest of the sections. Prison reflects its focus on grinding by including a snapshot of the leaderboard in its section. Likewise, survival showcases its friendly community with the out of context quote in each issue. The newsletter is more than a simple rehash of the month, and I think that’s something that all the editors understand.

That being said, there are still many constraints that make it difficult to reach such a high standard. For one, there’s the gamemode itself. As an editor, I can only cover as much content as I’m given. My two best newsletters in my opinion(August and December) both came after major gamemode updates that gave me lots to talk about. Conversely, my worse newsletters are usually during dry spells where little to no content is added. There’s also the time commitment. Would it surprise you to know that I spent five hours on this newsletter? I went through two different drafts, and at one point even fell asleep while typing. Keep in mind that I would consider this month’s edition to be the weakest section I’ve written so far. In no way am I complaining about the workload; it’s what I signed up for, and I definitely don’t help myself by procrastinating. I’m just trying to help illustrate that being an editor isn’t as simple as sitting down and recapping the events of the month.

The newsletter is a great opportunity for creativity, but it’s also important to recognize the constraints we work with.

(Usually when someone types three paragraphs it’s because they’re passionate about something or rebuking someone else. Rest assured I actually have very little emotional attachment to this, despite the length of my response)